Catholics Need Not Apply. Anti-Catholic bigotry in the Democratic Party is back in vogue. 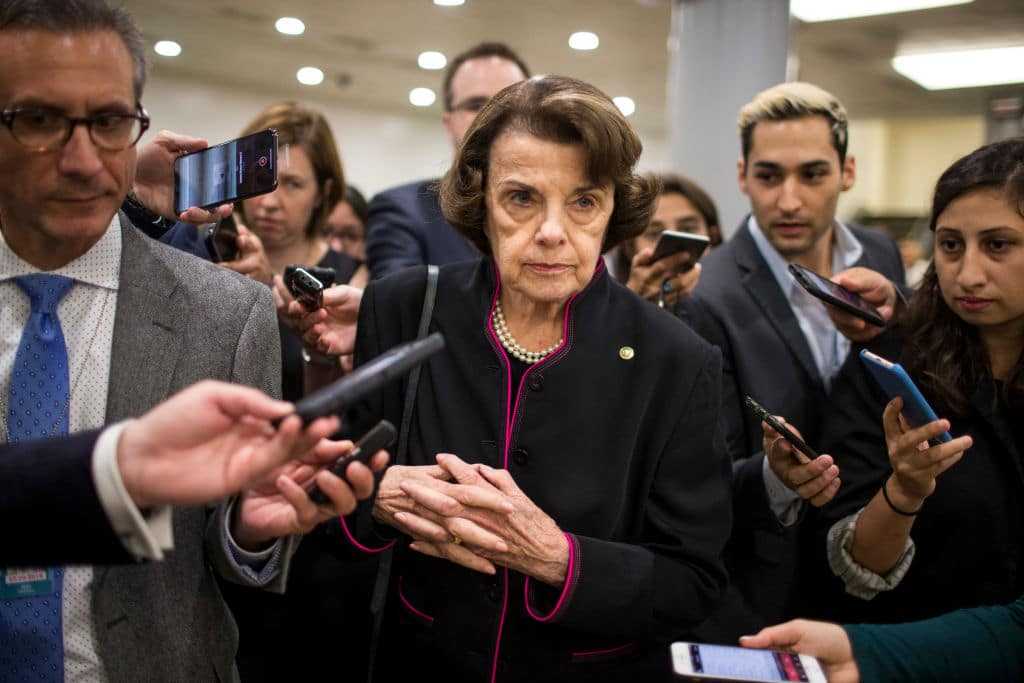 Catholics Need Not Apply. Anti-Catholic bigotry in the Democratic Party is back in vogue.

When Catholic New York Governor Al Smith ran for president in 1924 and 1928, he was rabidly attacked by many in his own Democratic Party. Smith’s run in 1924 was lost at the Democratic Convention, but he won the presidential nomination in 1928 (eventually losing the presidency to Republican Herbert Hoover.)

That was too much for Democrat Senator “Cotton Tom” Heflin, who took to the floor of the United States Senate to say this:

“I tell you, Senators, again that they (Catholics) put Roman Catholic government above everything, above the Democratic Party, and above their country. This is plain talk, but it is the plain truth.”

The more things change, the more they stay the same.

As the nation awaits the name of President Trump’s nominee for the Supreme Court, one thing is already crystal clear. Democrat Senators Diane Feinstein of California and Chuck Schumer of New York, in the style of ole “Cotton Tom” have an on-the-record bias against Catholic judicial nominees.

As has been widely noted, on the President’s list of possible nominees is Judge Amy Coney Barrett – a devout Catholic.

When Barrett was going through her confirmation hearing for the 7th Circuit Court of Appeals, Feinstein attacked Barrett’s Catholicism, saying: “The dogma lives loudly within you, and that’s a concern.”

“Cotton Tom” Heflin could not have said it better.

Less recalled is that in 2002, Schumer had his own “Cotton Tom” moment when he attacked Third Circuit Bush judicial nominee Brooks Smith for his Catholicism. On not one, not two but three different occasions, Schumer submitted – in writing – questions to Judge Smith that questioned Smith’s religion. As I detailed in my book The Borking Rebellion, a behind-the-scenes look at the borking of Judge Smith, Schumer wrote:

“Did the Supreme Court err in recognizing and protecting such a right (to privacy) in cases such as Griswold v. Connecticut?”

Dissatisfied with the Judge’s answer about respecting the Constitution and Supreme Court decisions Schumer came back a second time, asking:

The Judge did just that.

His answer did not satisfy Schumer, who came back a third time. Saying this:

“To make as simple an exercise as possible, I want you to imagine it is 1965 and you are a Supreme Court justice. The Griswold opinion has not yet been written. Chief Justice Warren turns to you in conference and asks for your opinion on whether there is a right to privacy in the Constitution and why. He further asks you to articulate how that right, if it exists, should be applied in Griswold. Please provide your answers to these inquiries.”

In other words? Schumer was not interested in the Judge’s legal philosophy. In the spirit of “Cotton Tom” he was demanding to know the Judge’s personal beliefs. What Schumer was looking for was an admission from Judge Smith that the Judge put his Catholic beliefs on a higher plain than the law. Which was exactly the same point made by Cotton Tom Heflin all the way back in 1928.

Let’s cut to the chase. In today’s world, the Catholic Church is pro-life. And thus this has brought back to life the old Democratic Party and Ku Klux Klan boogey-man of anti-Catholicism.  Catholics need not apply. (Unless you are the pro-abortion Catholic Joe Biden – who is strangely silent about the attacks on Barrett’s and his own religion.)

The only thing Feinstein and Schumer are missing are their white hoods.

Joe Biden is NOT my president

From the Desk of Donald J Trump press releases

Al’s corner tavern, a Nationalist brew with a
Catholic point of view

No Jab for me.  Information and statistics why you should not take the faux vaccine at any cost.

Covid-19 injections are immoral, physically dangerous and part of a larger government scheme

The Do it Yourself Gun Smithing Blog

A Traditional Nun tells her story on how modernism has destroyed the Catholic faith and how she battled it.

The DNA of murdered babies were used to make this poision, Resist the Jab!

Proof that Joe Biden is NOT Catholic