We must halt all COVID vaccine administration immediately, before we create a true pandemic that we cannot reign in,’ warned Dr. Janci Chunn Lindsay, Ph.D.

Late last month, Lindsay told a meeting of the CDC’s Advisory Committee on Immunization Practices (ACIP) in Atlanta that the vaccines “must be halted immediately due to safety concerns on several fronts.” ACIP had convened to discuss blood disorders linked to the Johnson & Johnson COVID-19 vaccine.

Dr. Lindsay, who holds a doctorate from the University of Texas and has more than three decades of scientific experience, cited potential blood clot, fertility, and immune issues related to the jabs. Her full testimony can be found on YouTube, with a transcript here.

“This is not a coincidence”

“In the mid-1990s, I aided the development of a temporary human contraceptive vaccine which ended up causing unintended autoimmune ovarian destruction and sterility in animal test models, despite efforts against this and sequence analyses that did not predict this,” Lindsay told ACIP.

END_OF_DOCUMENT_TOKEN_TO_BE_REPLACED

PF: The City of Chicago is essentially a living, breathing Political Science laboratory. It’s been over ninety years now since the last non-Democrat mayor of Chicago (a woefully corrupt Republican by the name of “Big Bill” Thompson) left office in 1931. Since that time, virtually every Democratic mayor has also enjoyed a Democrat-majority city council. Democrats have been running the City of Chicago for almost a century now, and they are wholly responsible for its condition. Anyone seeking to understand the long-term impact of Democratic governance need not look any further than the Windy City.

Virtually every weekend we hear about a horrific number of murders in Chicago, with innocent children such as Dajore Wilson being killed. As clownish Democratic Mayor Lori Lightfoot demonizes police, Chicagoans are paying the price. Police arrests in Chicago are down 53%, and not surprisingly homicides are up 65%. This additional carnage comes on top of an already out-of-control murder rate, with 774 murders in the city in 2020. How many will die this year? These aren’t just statistics, these are human beings, and Democrats are responsible.

The city’s financial situation is the worst in the country for large cities. Each Chicagoan is on the hook for $126,600 in city debt, another $52,000 in Illinois state debt (a very blue state), and these numbers don’t even include the debt from the Chicago Housing Authority, Chicago School Districts, and Chicago Park District. Financially, Chicago is a disaster.

A quick drive around the city makes one wonder where the money is being spent, with crumbling infrastructure virtually everywhere – rusting bridges, potholes, abandoned buildings – with only a few exceptions. Which brings up another issue: the disparities in standards of living.

Democrats like to preach about the evils of inequity, but I can think of no city which better illustrates it. A stroll around Old Town, the West Loop, and River North sections of Chicago would make one think it’s a thriving, wealthy city. But if you’re brave enough, or stupid enough, to walk around Pullman, Riverdale, or Englewood, you’ll come to a much different conclusion. One would think that a party which has been in control for so long and claims to be the ‘party of the people’ should have solved these gaps. But they haven’t. Because redistribution of wealth doesn’t work. Leftism doesn’t work. Democratic Party policies don’t work.

The Supreme Court was originally envisioned as a nonpartisan third branch of the government.  With lifetime appointments and a mission to defend the Constitution, it was believed that the Court would remain above the political fray.

But about 50 years ago, the court decided that with penumbras and emanations, it could discover things in the Constitution that are not actually written there.  Justices were no longer merely interpreting the Constitution; they were rewriting it, under the guise of interpretation, to suit the political leadership that had appointed them.

END_OF_DOCUMENT_TOKEN_TO_BE_REPLACED

She went on Fox News this evening with Bret Baier. Instead of trying to reconcile with voters or show that she’s focused on moving forward and combating Joe Biden, the Wyoming congresswoman lost her ever-loving mind, ranting about “The Big Lie” and refusing to hold Democrats accountable for anything. She even managed to attack Fox News directly, which is an odd thing to do when you are being interviewed by someone as straight and level as Baier.

Here are the clips courtesy of Curtis Houck over at Newsbusters (a must-follow if you are on Twitter).

Cheney’s arrogance seethes through these clips, which is ironic given that would be one of her chief criticisms of Trump. Baier is dead-on in pressing her about where her priorities are. Why would any Republican dedicate their life to stopping a former Republican president? Where was this fire when it came to opposing Democrats, who are ostensibly Cheney’s opposition?

END_OF_DOCUMENT_TOKEN_TO_BE_REPLACED

Happy Friday, dear Kruiser Morning Briefing friends. Miniature horses are all up in your business.

We’ve almost made it through this week but I’m not optimistic enough to put anything beyond next Monday on my calendar. Just curious, what does one wear to the end of the American Experiment? I would like to go out in style.

I am sure they are already aware, but I need to make sure that all of the people who voted for Joe Biden know that I’m judging them. Harshly. Not just them, but their loved ones as well. Even their descendants who have yet to be born. Heck, if I have any loved ones who voted for him I’m judging me.

We’ve already discussed this week that this doddering fool, who concussed people are calling the president of the United States, can’t stay up later than the early-bird special to do president stuff. At every turn, this guy is an embarrassment.

We should all remember that Joe Biden has never been the sharpest tool in the shed. Long before his recent, painfully obvious mental decline he was a stone-cold dullard who was known for plagiarism and saying inappropriate things in public.

END_OF_DOCUMENT_TOKEN_TO_BE_REPLACED

In his latest act of COVID-19 theater, President Joe Biden tweeted Thursday evening, “The rule is now simple: get vaccinated or wear a mask until you do. The choice is yours.”

His freakishly condescending and out-of-touch messaging is all kinds of wrong. From being impractical to contradicting his own actions to being just plain obnoxious, here’s a list of problems with Biden’s latest bout of Twitter preaching.

1. Biden Has Been Vaccinated For Months and Still Wears a Mask

Biden received his first dose of the coronavirus vaccine on December 21, 2020, while televised. He received the second shot on January 11, 2021, a few days before his inauguration.

END_OF_DOCUMENT_TOKEN_TO_BE_REPLACED

If German bishops go into schism, the Reichskonkordat comes into play New York City mayor Bill de Blasio is trying to get creative in his efforts to get people vaccinated for COVID but it’s just coming off as cringe.

During a recent presser, he tried to use an offer by a fast food restaurant to entice New Yorkers.

It was a bizarre specatcle.

New York City Mayor Bill de Blasio (D) received a lot of attention online Thursday after he made a big production of a promotion aimed at enticing his constituents to get vaccinated for COVID-19.

But reactions were overwhelmingly critical of de Blasio’s display, mocking him for an array of reasons.

What are the details?

De Blasio was plugging an offer from Shake Shack, a burger chain offering a free burger and fries to New York City customers who present confirmation that they have been fully vaccinated.

To drive the point home, de Blasio munched on fries while still talking and holding up the side item, saying, “You’re saying I can get these delicious fries — wait a minute, but there’s also a burger element to this?”

The mayor then holds up a burger for all to see, saying, “I want you to look at this and think about — again some people like hamburgers, some don’t, I really want to respect all ways of life — if this is appealing to you, just think of this when you think of vaccination.”

Watch the video below:

This might be the most desperate, cringe inducing attempt I’ve seen to sell the vaccine to people. Embarrassing. pic.twitter.com/3vWoF1SYzD

So fast food is OK now?

NYC banned large soft drinks because of obesity and now they are promoting give free french fries?@BilldeBlasio is indeed the worse Mayor ever and a huge left-wing hypocrite.

I heard NYC taxpayers are still waiting for him to return the nearly $1 billion his wife wasted. https://t.co/UPIo78mlpX

Is there nothing this man cannot ruin? https://t.co/WCCYNlorOC

I could not resist sharing this.  We all need a bit of a chuckle.

Joe Biden is NOT my president

From the Desk of Donald J Trump press releases

Al’s corner tavern, a Nationalist brew with a
Catholic point of view

No Jab for me.  Information and statistics why you should not take the faux vaccine at any cost.

Covid-19 injections are immoral, physically dangerous and part of a larger government scheme

The Do it Yourself Gun Smithing Blog

A Traditional Nun tells her story on how modernism has destroyed the Catholic faith and how she battled it.

The DNA of murdered babies were used to make this poision, Resist the Jab!

Proof that Joe Biden is NOT Catholic 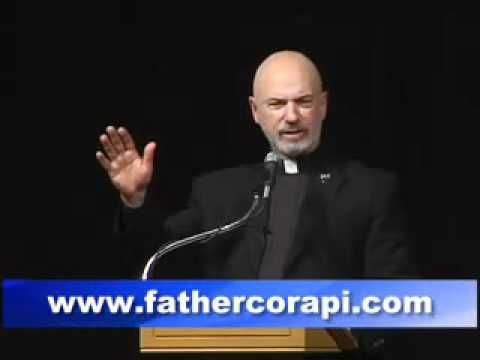